9 people are currently using the gym.Due to COVID-19 gym capacity is limited to 40.

With gyms closed again, for many of us, it means digging out the trainers and heading out for a run to get our fix of endorphins. If you’re looking for some running inspiration, below, we take a look back at lockdown 1.0, when coaches Sam & Keren took on the epic challenge of running the Rat Race route, a gruelling 64 mile ultra marathon along the Roseland coast.

What inspired them to run an Ultra Marathon?

In 2018, Keren took part in the 22 Mile Rat Race on the Roseland. After successfully completing this, she had her eyes on the full Rat Race, a 64 mile run from St Austell to St Anthony’s head and back. After discussing in a staff meeting our goals for 2020, it was decided that Sam & herself would set themselves the challenge of taking on the Ultra later in the year.

How did they train?

In the early months, training was split between weights sessions and short indoor runs in the week, with 2 longer runs back to back on the weekend. However, the spanner in the works, was the big elephant in the room. With the country plunged into lockdown, weight sessions were lost, as the pair could only hit the trails for their training.

Keren set off with a slight niggle in her knee, this began to worsen over the course of the run, with her knee finally completely giving out. Although having a phone, classic Cornwall meant no reception. After resting for 5 minutes, she began the slow walk/ run back home!

Sam had decided on the night of Boris’ big speech, to dodge the drama and get out for a run whilst it was quiet.What was meant as a simple run, plus some hill repeats, turned into a nightmare. On the last hill repeat, he suddenly became very hypoglycemic. A slightly fuzzy brain, thought dipping his head in the sea would help, bad idea! No one around (speech still ongoing), no phone, he had to somehow get himself home. Longest 3 miles ever. A lot of lessons learnt: Always run with your phone, always have spare nutrition, sea water doesn’t cure hypoglycemia!

Being driven to their start point by their amazing other halves, all they could think is they had to run all the way back! However, motivating each other, with the help of some beautiful scenery and lots of snacks, they both ran the furthest they had ever ran! 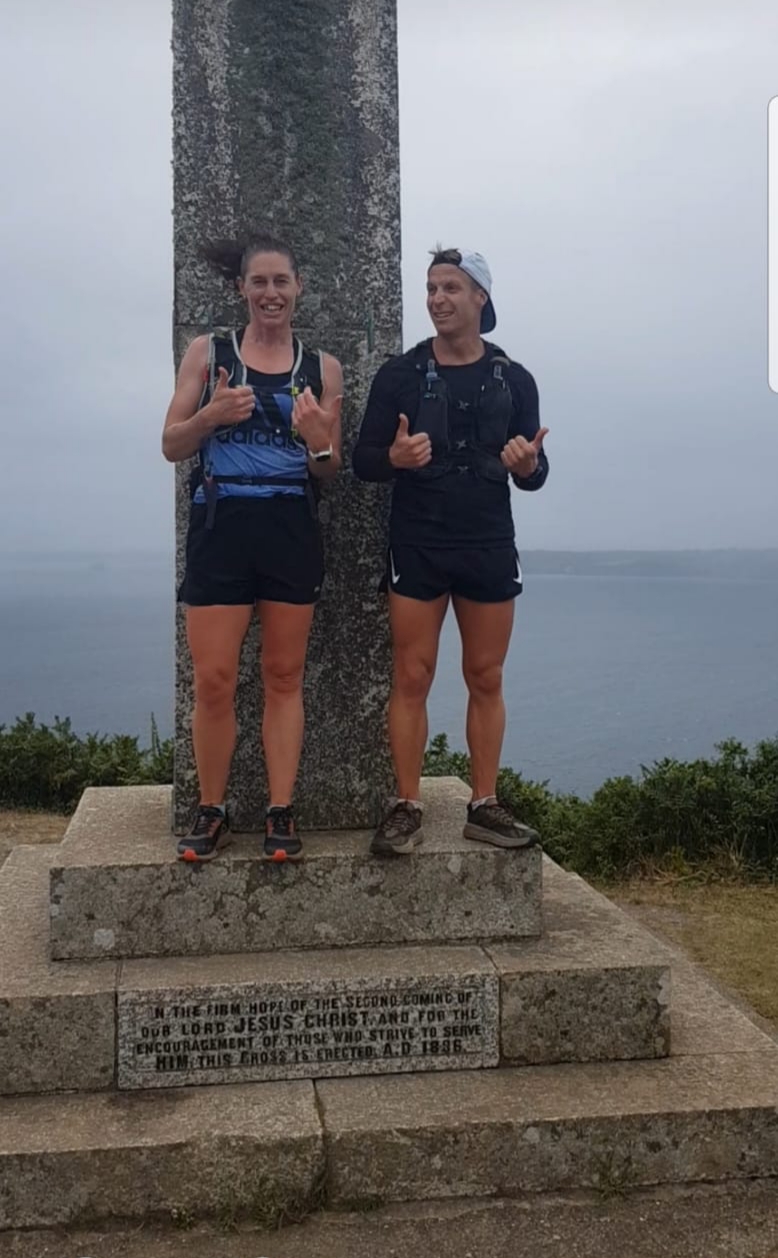 The first time on the Rat Race Route, a shock to the system! Horrible weather, huge climbs, and undernourished. Joined by Keren’s brother, they all had to go to a dark place to complete the run! On the upside, the scenery was spectacular. 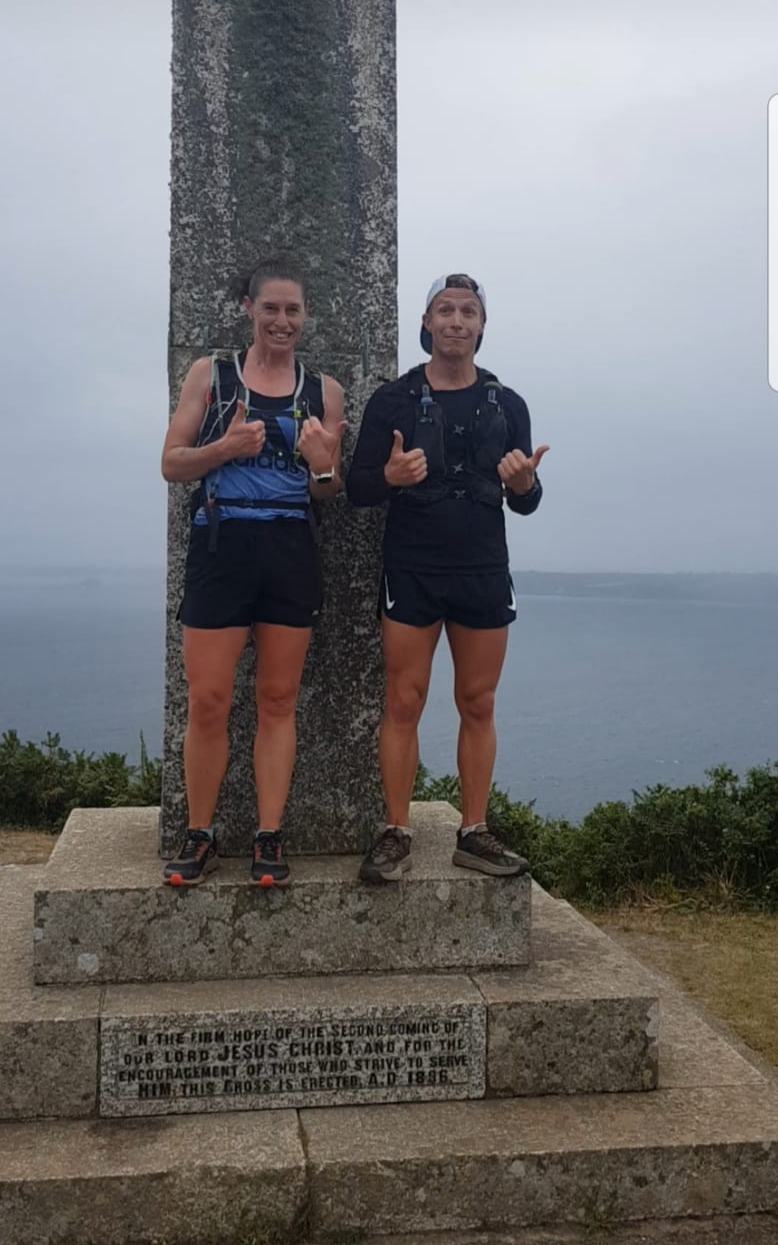 Wow,  what a day yesterday was!  As a small team of three, we attempted the 64m Rat Race along the beautiful roseland peninsula coastline. We had an amazing support crew. Toby, Jessa, and Mike, we couldn’t have done it without you!  We started off at 6:30am at Porth Pean, ready for our 64 miles of coast trail to St Anthony’s head, which was our turn around point.

Although my body was aching a bit, I felt so lucky to be out with not only a very good friend of mine, but also my pretty unique and special big brother. Thank you to all that came and ran sections with us.  Plus those that came for moral support,  you certainly picked us up when times were tough. We managed 45 miles, which was definitely a new PB for all three of us!  Our bodies were definitely pushed to the limits, but I would not have changed a damn thing. 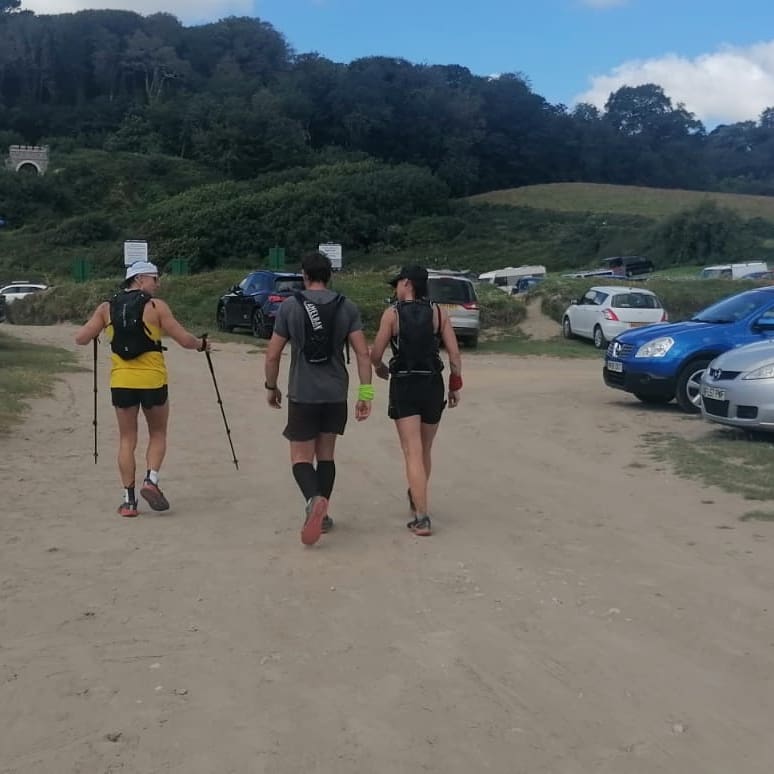 Always make sure you have back up nutrition.

Hogweed is the devil’s weed!

Have chafe cream at the ready!

Invest in good shoes and  good socks (the rest of the kit can be cheap as chips).

20 miles is a real wall, get over this, and it becomes easier from this point.

Having a goal is key.

A strong mindset is so important!

Run with a buddy.