13 people are currently using the gym.Due to COVID-19 gym capacity is limited to 40. 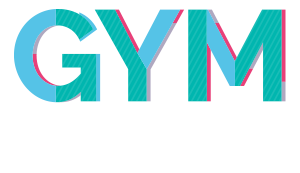 They say that it takes 21 days to form a new habit, whether that be a good one or a bad one. Below we take a look at the process of forming new habits and our top tips to succeed.

Firstly,  an important point to consider is we are all unique, for some, 21 days will be all they need to form a new habit, for another, it may be 100 days.  So, with this in mind, it’s very important to not throw the towel in, just because at 21 days we’re still having to remind ourselves to do something new.

The process of building a habit can be broken down into 4 stages:

Cue – The information that predicts the reward. This triggers the brain to initiate behaviour.

Craving – Without some level of motivation, we won’t act. You are craving the change in state rather than the habit

Response – This is the actual habit you perform

Reward – The response delivers the reward

An example of this:

You associate coffee with waking up.

Using the above framework, we look at how to create a good habit:

Adding to the above try some of these below:

Make sure you are creating a new habit for YOU, rather than someone else’s expectation.

Rather than viewing the big outcome goal, break it down into smaller behavioural goals.

Inform your support network of your planned change, use them to keep you accountable.

(Ex Your goal is to increase your daily activity. Incorporate change into your daily routine – park further away from the supermarket doors, take the stairs rather than the lift.)

If the new habit requires a change to your normal schedule, book time out in your calendar,  as you would a meeting.

Don’t expect to be consistent 100% of the time.

(Being mindful of this means, if you do slip up, you don’t spiral out of control and throw in the towel altogether.)